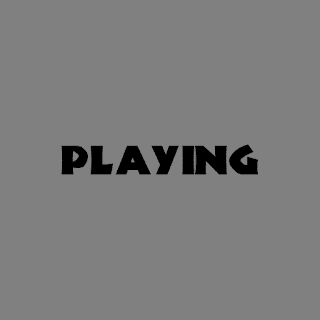 As a child, I really enjoyed playing games alone, perhaps with an imaginary friend. I would draw a picture of a character and have a conversation with him on paper, even playing games of chance with dice and colored pieces of plastic. The thing is, he could communicate back to me, as if I had developed a seperate personality independent of my will. This led me to learn about characterization in developing my own stories, in how the characters decide for themselves who they will become, as if they had gained sentience from the transition from my head to the page.

I think that Diminished Conciousness of Self would play a definite role in my childhood games. When I imagined that I was talking to someone who wasn't there, the difference between my self and this other being fell into ambiguity. I got lost in the dream, leading to a second quality of Freedom of Time. I would get into this mental state where I was oblivious to the passing of time, going numb to everything around me except for my game. Improvisational Potential came into play through my creative attempts to have conversations with someone who didn't exist.

Right now, I would describe my play as Cooperative and Solitary. Both of these apply to World of Warcraft. In the game, I am in a Guild called the "Fang Bangers", and sometimes I go on quests with other members. However, a large part of the time, I am completing quests on my own. On the other hand, when I participate in Dungeons, I am helping as part of a randomly selected group of players to accomplish missions.

The Play Personalities I accept as my own are the Director and The Storyteller.

I am a Director in my play because I like to delegate to my friends, relating what needs to be done to make a creative vision real. An example of this would be in my collaboration with my friends, working on a cartoon parody called "My Little Alcoholic", in which I am one of the Executive Producers.

I am a Storyteller in my play because I enjoy writing fantasy stories, as related above. An good example of this would be "Legends of Wind", which is a novel I have been working on for many years. Just like when I was a child, the characters come to life seemingly all on their own.
Labels: Design Game Design Games