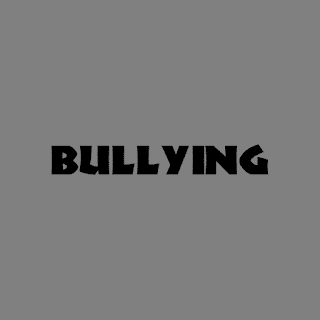 “Hahaha! Loser! Loser! You’re Worthless! You’ll never amount to anything! How could any girl even look at you?? Bitch! Fag! Idiot!”

Yes, this is the cry of the bullies, and they aren’t alone. Every school has them. They are a disease that pervades every school grade and every generation.

They point, they laugh, they shove, they punch, kick, wound, and kill. They laugh at your pain, and they get away with it almost every time. Your parents can’t help, and the teachers turn a blind eye.

People would say that such a thing is a “rite of passage”, and that everyone goes through it. It’s inevitable, isn’t it? Wrong! The idea that bullying is supposed to happen has killed many children, through murder or suicide.

But there is a movement to stop this madness. Too many people have died, and too many people have been driven to suicide. That’s right, I said people. Children are people too, and deserve the same laws and protection as adults. This isn’t just “kids being kids” it’s assault and harassment, both of which are punishable under the law.

These are some names of people who have died because of Bullying:

Brian Franklish, Debbie Shaw, Roger Hillyard, Sisters Samantha and Michaela Kendal, Darren Steele, Stephen Woodhall, Kelly Yeomans, Stephen Sandon, Jane Morrison, and many others that can be found in memorial sites that include the above but are not limited to them, such as: http://www.bullyonline.org/schoolbully/cases.htm
I hate bullies. Even I was bullied in school; it’s sadly quite common. But, it makes me feel a little better about things if I can spread the word in this blog, and spread some of the links of the movement to help stop this social disease.

I hope this helps. Nobody should die because of bullies, but it happens, and we need to help stop it.
Labels: Bullying